Hog Killing on the Farm

Not for the squeamish …. 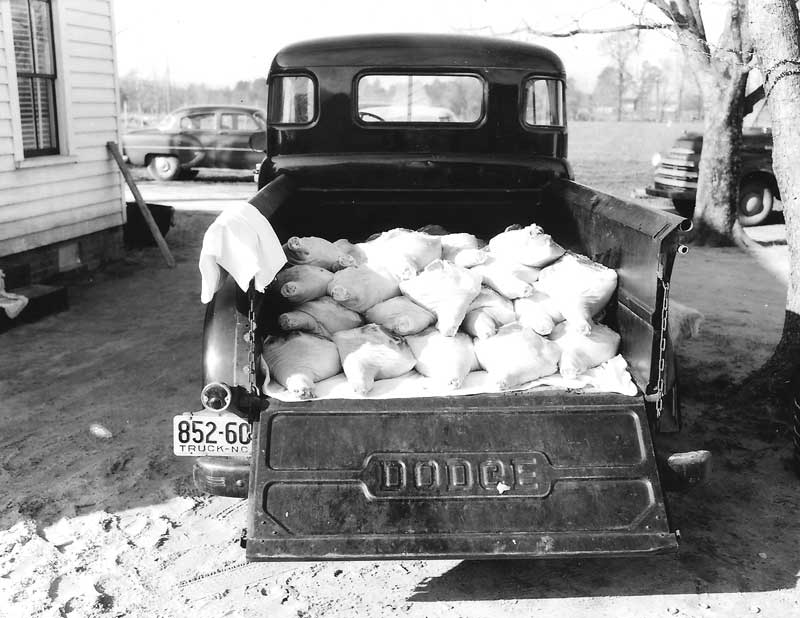 (Truthfully, if you want to remember all farms as Green Acres, maybe skip this post)

It seems my meat-eating city friends seem to think sausages commit suicide or that hogs retire to Florida before becoming bacon. So be forewarned  – this is what really happens just before the bacon becomes bacon.

Some years ago, cold weather on the farm here in eastern North Carolina meant hog killing time and that happened at first light on a cold, cold morning usually in January or February. 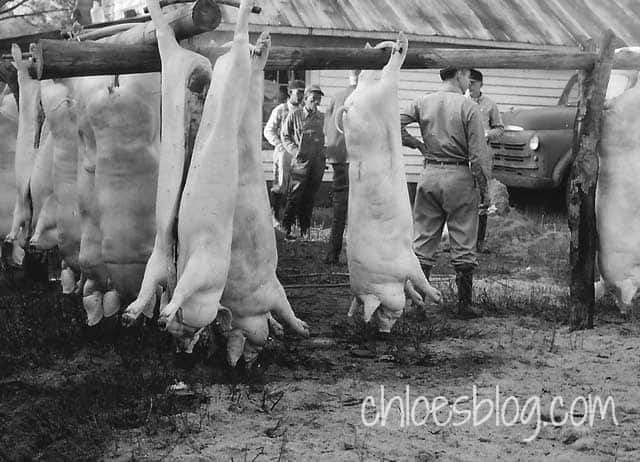 The hogs were about nine months old and weighed about 200 pounds.  No boar hogs were slaughtered – only females and castrated males; this part they didn’t explain to me. My dad, Ops, couldn’t kill his own hogs.

My brother John told me that sometimes they fed coal to the hogs – he said it made their intestines smooth. Hmmm. I remember that they poured burnt cylinder oil on the hogs.  I guess that was for dry skin.

Neighbors helped neighbors. Each week my folks would get up really early and go and help other farmers kill hogs. They, in turn, came and helped us.

(That’s my mother, Chloe, in the middle with the hat)

As a child, it was alright for me to go in the pasture with the mules and cows, but not with the hogs. But the best fishing worms were in the hog pens. I did sneak in to get those Rocky Mountain crawlers. Don’t tell anybody.

When it was our turn to have the hog killing, I was very excited. I could stay home from school. The food was phenomenal: fried chicken, country ham, sausage, collards, succotash, sweet potatoes, corn bread, biscuits and so many desserts. 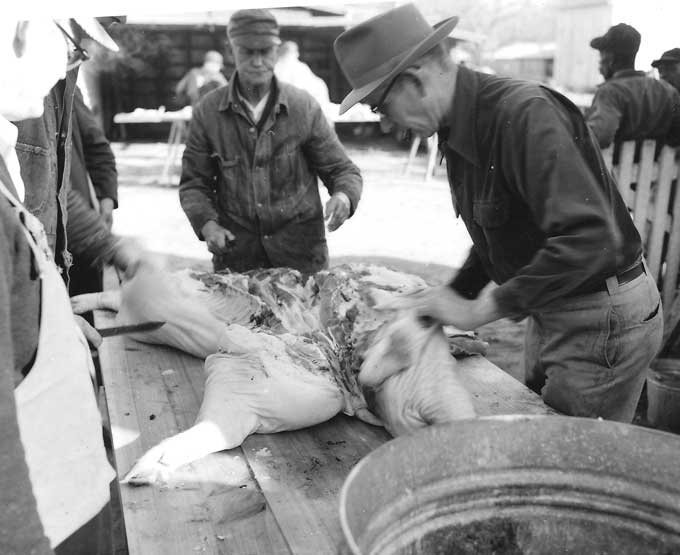 (My dad, Johnnie Gurkin, is on the right foreground in the photo above. Uncle Jimmy is at the end of the table and Henry Peel is leaning on the picket fence)

My dad couldn’t kill his own hogs – someone else had to do that job. We killed 20 hogs each winter. 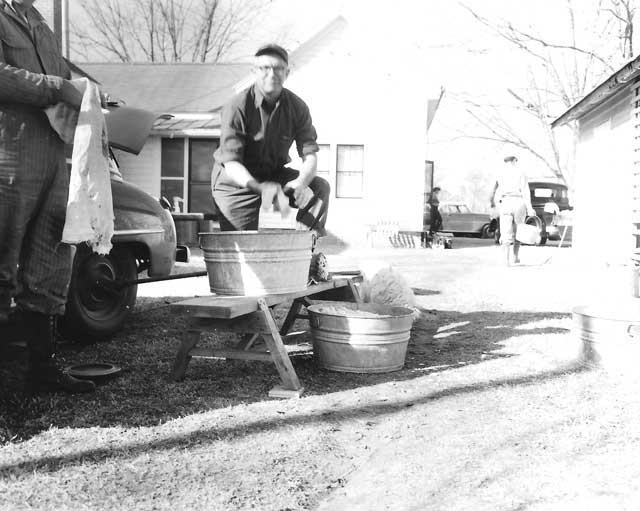 (Stuffing sausage. Brother John is walking away on the right.
That is also my back door here at Big Mill Bed and Breakfast  252-792-8787
That well-bench is still there, only now it has pansies growning on it.)

Uncle Charlie was the sausage man-he seasoned all the sausage. Aunt Annie had a sage bed and grew sage for everyone. Ops liked sausage to be HOT so lots of red pepper flakes were added to our sausage  The ground up pork, fat and seasonings were stuffed into casings of small intestines (chitterlings) and hung in the smoke house to dry. Fresh sausage was called green, as opposed to dry. 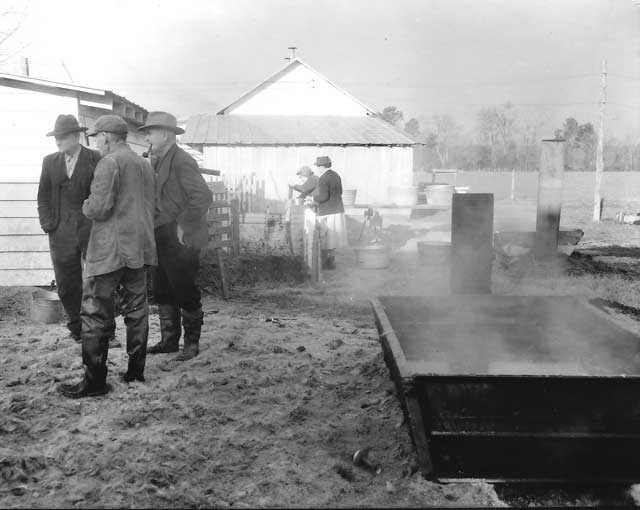 Just beyond this scalding vat is the hole where the chitterlings were cleaned. It is now my glorious organic garden. It grows tall sunflowers and lots of wonderful fruit and vegetables that we serve to our guests here at Big Mill Bed & Breakfast.

Hogs were killed, bled, scalded (to remove bristles), cut up, salted, cooked or cured. Five families lived here so we needed the food. The smoke house and all the buildings in these photos are still here. So are the lard paddles and scrapers and the large crocks that were used to store the salt pork.

These wonderful black & white photos were taken almost
60 years ago by my brother-in-law Barney Conway, Sr.