Cypress Grill on the Roanoke River

SAD NOTE: We lost this wonderful eastern North Carolina treasure in 2018 to a devastating fire.

The Cypress Grill is a place you just don’t want to miss; even if you don’t like fish. Sitting precariously on the banks of the Roanoke River in eastern North Carolina, it has welcomed diners for over fifty years. 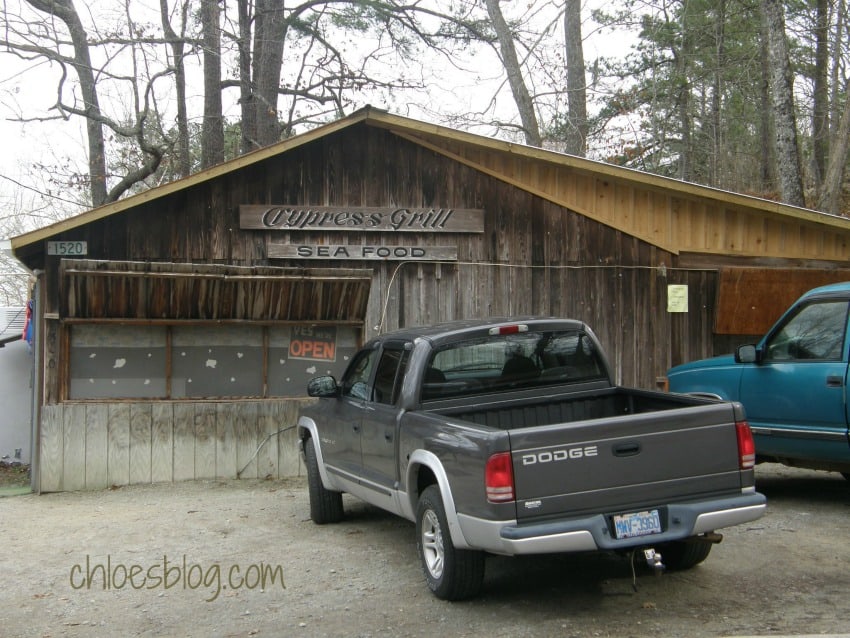 Michael Stern, who does the Road Food column on National Public Radio calls it “the last of the old-time herring shacks.” Mr. Stern’s specialty is finding wonderful out-of-the-way eateries.

The Cypress Grill sits on the banks of the Roanoke River

It is all about the fresh water herring that used to be so abundant in this fast moving, turbulent river. Sally and Leslie Gardner  managed the Cypress Grill for years. 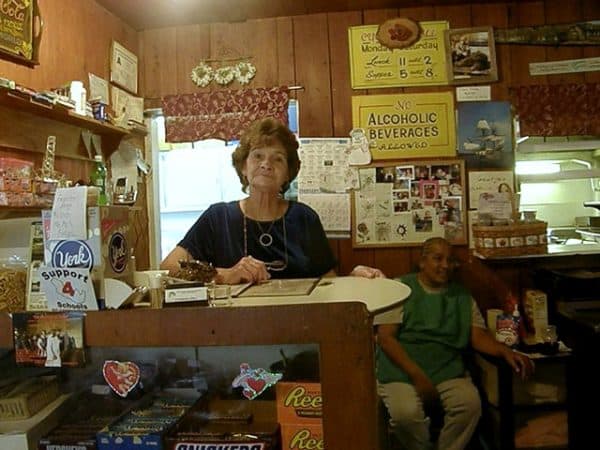 For the past few years the herring population has dwindled dramatically and currently there has been a moratorium on catching herring in the Roanoke.

Ted Gardner from Virginia Beach grew up on Gardner’s Creek (not far from the Cypress Grill) remembers when he could throw a net overboard almost anywhere on the creek and catch so many herring that it took several folks to haul in the catch. “We thought the herring would always be there.”

One year the moratorium was temporarily waived for Jamesville’s annual Herring Festival on Easter Monday. We are all hoping that might happen again.

But don’t fret: they do have fresh herring, just not from the Roanoke. Miss Sally explained how they cook their herrings. (Forget what you thought you knew about herrings floating in cream sauce from Zabar’s). 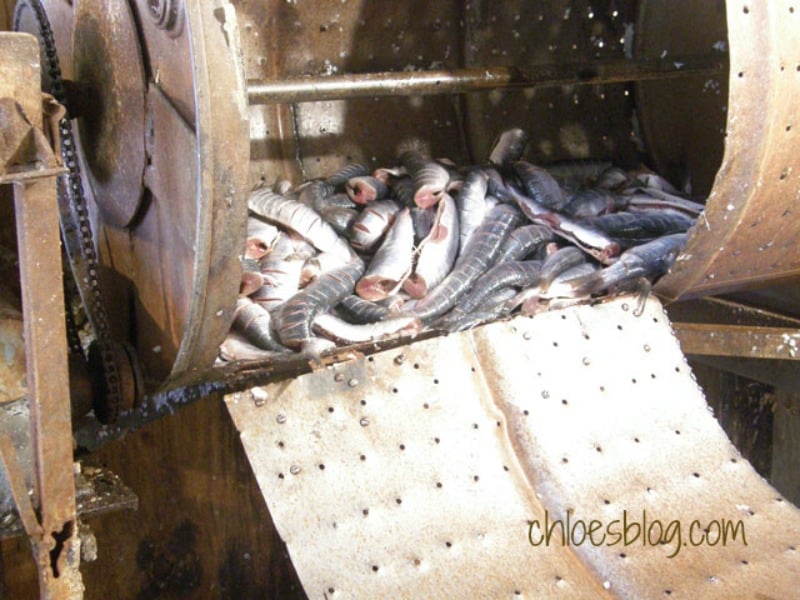 At the Cypress Grill the herring are scaled, cleaned and then “notched” almost to the bone. They use a home-made scaling machine to remove the fish scales.

They are then lightly breaded and cooked either Sunny-Side-Up or Cremated. A Sunny-Side-Up herring is fried crisp and tender. A Cremated Herring is super-fried. After you remove the backbone you eat all the meat and any other bones, usually without even using a fork. All that cartilage has to be good for you, doesn’t it? 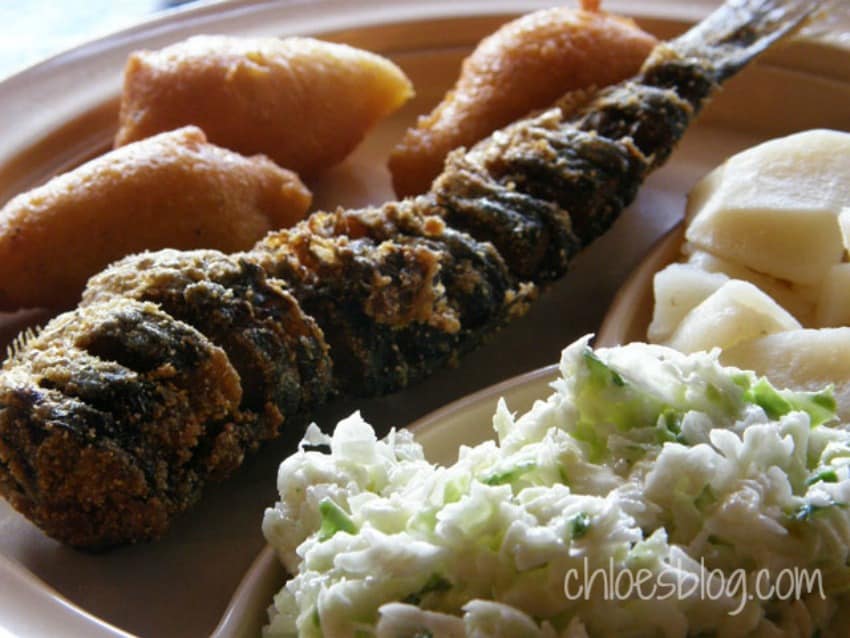 Sometimes you can also get corned herring. I remember going to Cypress Grill with my father. He would buy several buckets of herrings for a penny a fish. We brought them home and corned them in the same old crocks that we used to brine the fatback in the days when we had hog killings on the farm.

Herring Roe is a delicacy that is popular at the grill. The roe is squeezed out of the fish. That is the way my folks did it. Then they would “meal” it, add country eggs and fry the roe cakes until crisp. 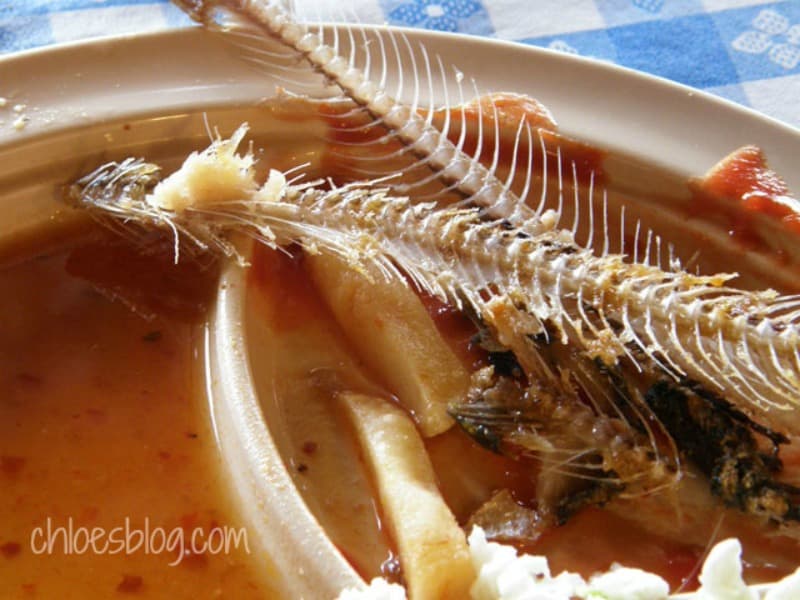 Even if you don’t think you want to try herrings, you can get fried catfish, oysters and shrimp, all lighted breaded. They also have Rock Stew, and Miss Sally was quick to let me know that stew is not the same as muddle; muddle has crackers in it.  Her Rock Stew is made from river bass caught right in the Roanoke. She starts with onions, potatoes and seasonings in a bit of water. This is cooked and then she adds the Rockfish (stripped river bass) on top. This way the fish is not cooked to a poultice.

I have a Rockfish Stew Recipe that Carolyn Roberson who ran the small marina on Gardner’s Creek gave me. You can use the same recipe for Cat Fish Stew.

When I asked what was for desert, the waitress told me they had Chocolate Pie, Lemon Pie and Coconut pie made right there in the kitchen; she added that they had pecan pie too, but it was frozen. That let me know exactly what not to order. Their chocolate pie has gotten rave reviews. 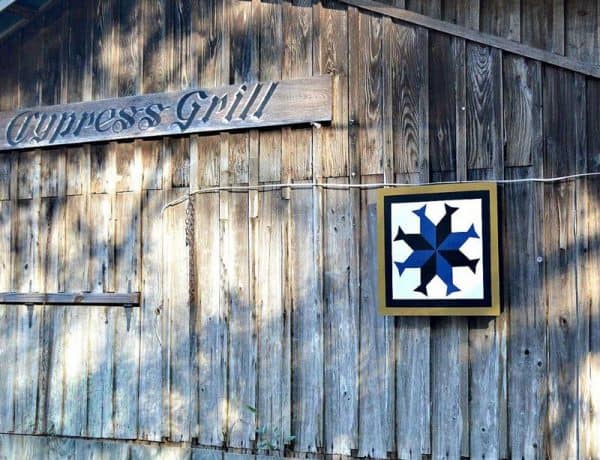 They now have a Barn Quilt – Fish Tales – How Appropriate! Photo by Barney Conway of Martin County Travel & Tourism 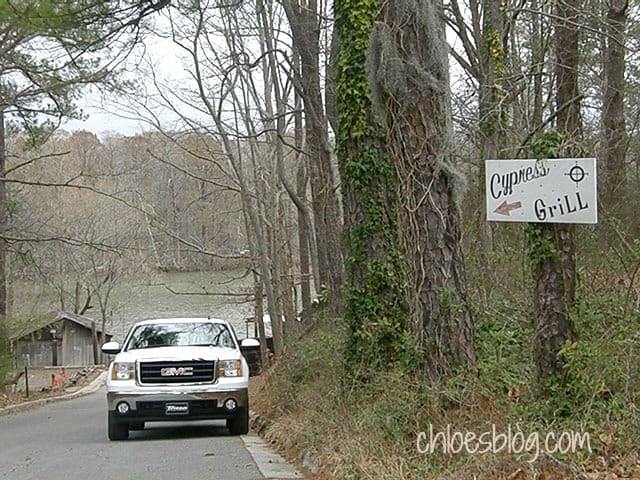 If you go: The Cypress Grill is in Jamesville, North Carolina, about 10 miles east of Big Mill Bed and Breakfast, just off US Highway 64. (About 110 miles south of Norfolk and 110 miles east of Raleigh) It is open each year from early January until the end of April for lunch and dinner Monday through Saturday. Take cash with you; they don’t take credit cards, but you won’t need much money. Your entire meal with sweet and a piece of that great chocolate pie will be under ten bucks. 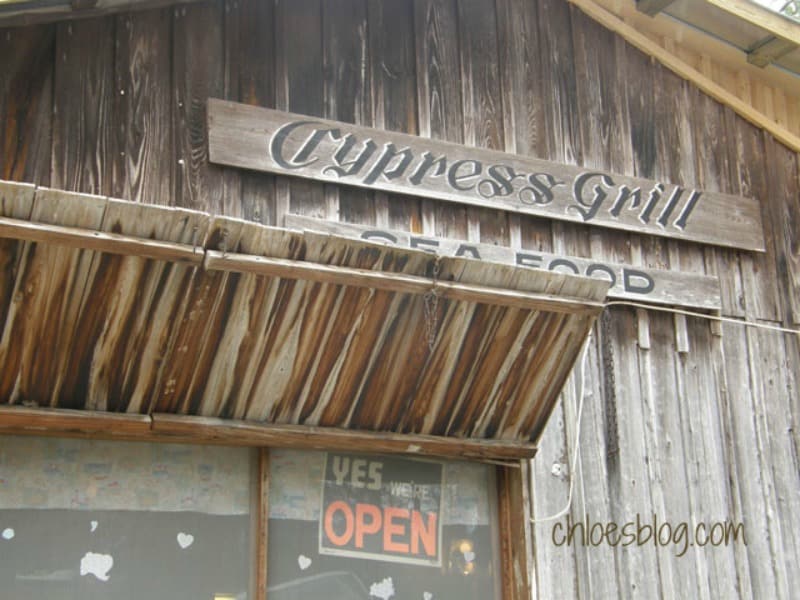 You have to experience this wonderful piece of Americana and local fare; it is who we are. We hope the Cypress Grill will always be there, but there aren’t any guarantees. For now, seeing that “Yes, we’re Open” sign makes me happy. 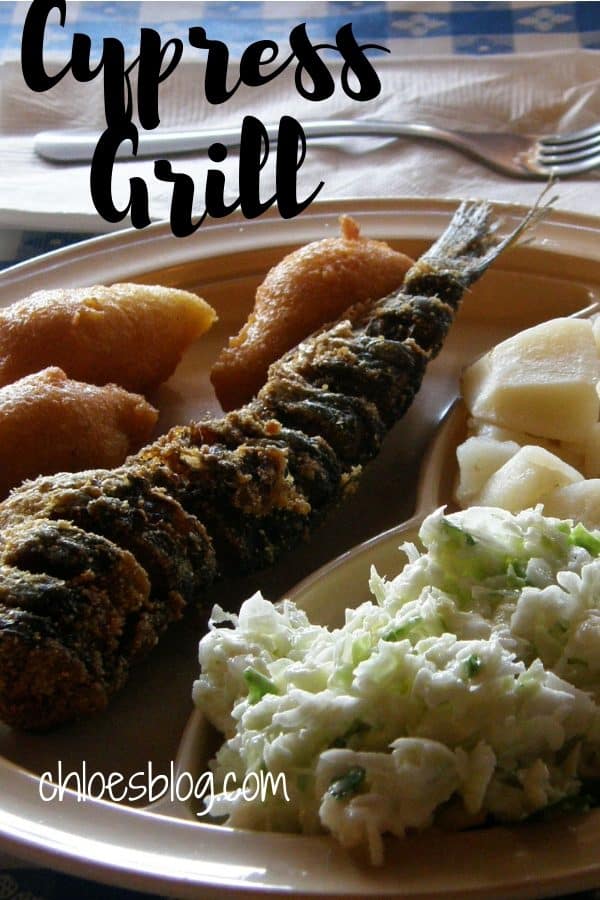 There are no more Opening Dates for the Cypress Grill – We lost it to a devastating fire in 2018. 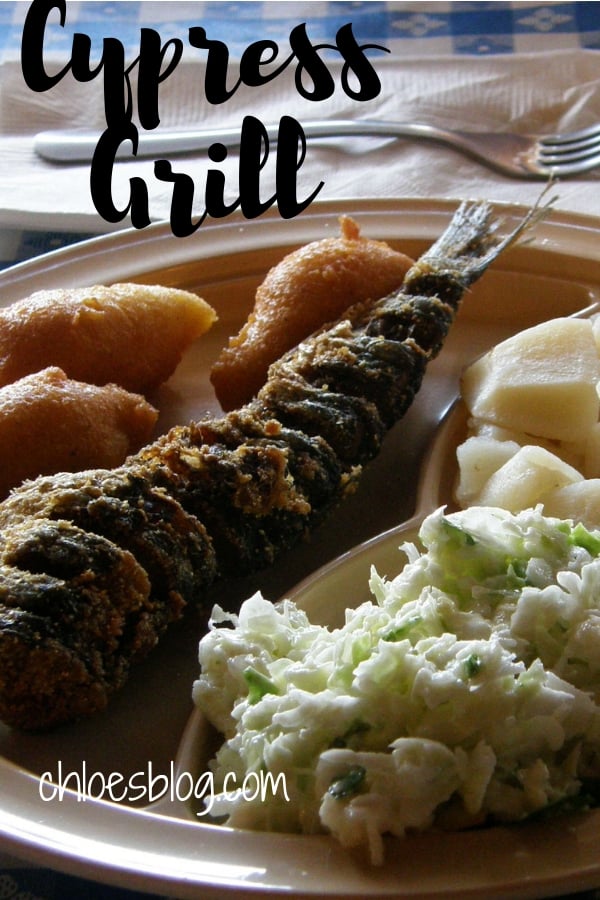