Politics resurrect memories.
There was another election:  Richard Nixon in the 60s. 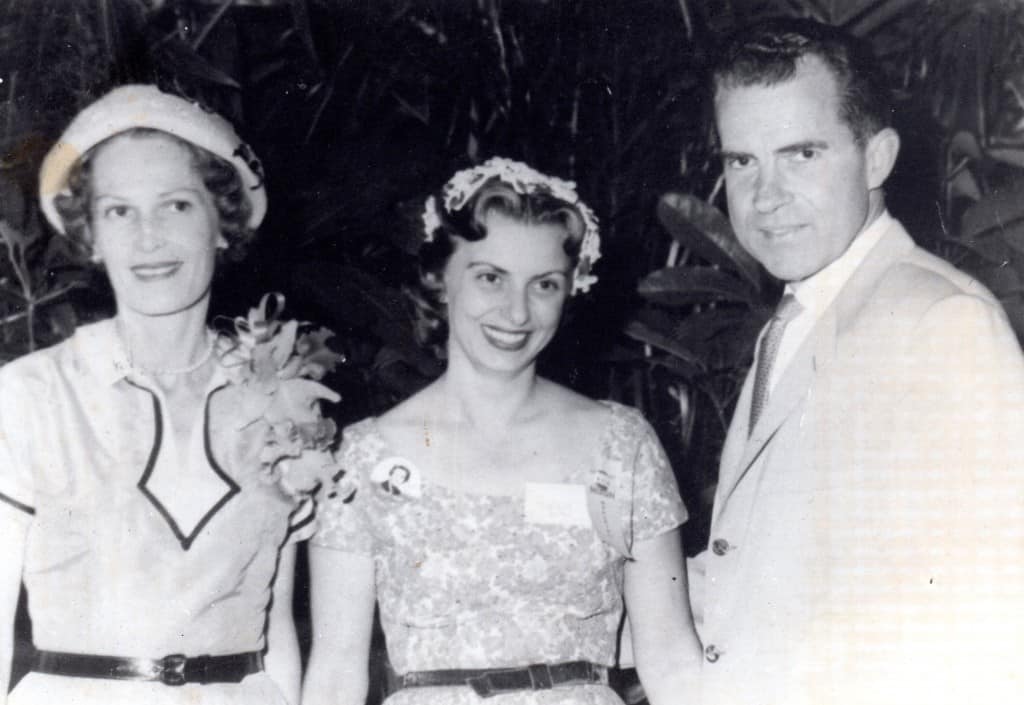 Back then, I had decided that if Nixon was re-elected, I was moving to Africa. Remember, this was the sixties.  I can’t remember where in Africa — either Ivory Coast or Liberia. Made sense to me at the time.

T.S. Applegate, physics professor, built a 96′ steel four-masted barkentine in a corn field in Lynchburg, Virginia. He then hauled it by truck to Belhaven, North Carolina and tied it to a dock.

I was working in Belhaven teaching weaving and spinning at a small art gallery, EEII’s Little Korners of the World, owned by a fabulous woman Effie Raye Bateman. So it was no problem for me to meet Mr. Applegate. He was an unusual man and so was his boat theW.J. Eckert.

The W.J. Eckert had barrels for hatches, fine for Mr. Applegate to descend, but he was really short. I had a rough go getting my legs to work in that narrow barrel opening.

We made our plans to sail – I had all my shots and so did Jackson, We arrived at the dock in Belhaven. I guess I wasn’t really ready to move to Africa — Nixon or no Nixon. So I bailed and Jackson sailed without me. Did I mention there were no through-the-hull fittings? That means no bathroom. We were expected to hang over the side of the boat.

Off I go back to our house in the woods on the Pamlico River. In just a few hours, Jackson showed up. Turns out, the boat sailed out into the Pamlico Sound and it would not come about. In other words, it was not maneuverable. Captain Jack comes from a long line of watermen, and that just wasn’t acceptable. So he flagged down a shrimper and came home.

Last I heard of the boat it was dismasted and hauled into Bermuda.

Isn’t it a miracle we made it through our youth alive?