All across North Carolina there are some hidden art gems on the walls of old post office buildings. 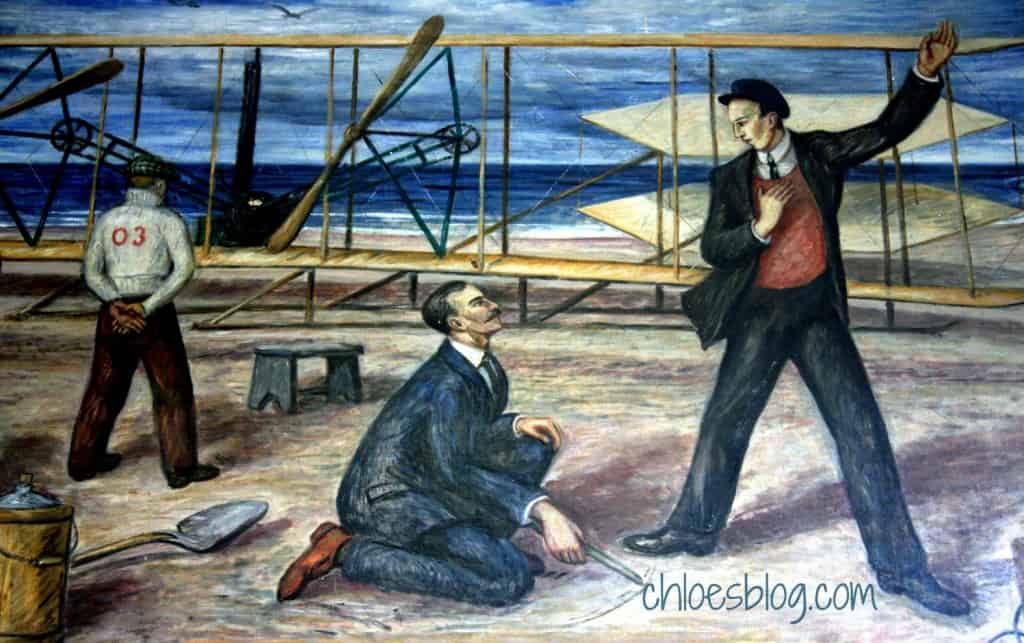 Here in eastern North Carolina, in this small town of Williamston, we have a real art jewel.  The First Flight mural was painted in 1940 on the wall of the post office on Main Street, and it is still there for all of us to see.

The artist was Phillip Von Saltza. He entered a contest with 1, 475 other entrants and won the commission.  He was paid $725 to paint this oil-on-canvas mural. That was a sizable sum during the Depression.

Artists tried to paint scenes that depicted life in the ordinary communities where they were working. Genre themes were popular, but the hard realities of life like the long soup lines did not show up on the Post office walls. I guess they were too real and too sad.

Von Saltza’s first idea for the Williamston mural was a May pole scene, but this idea was not well received. The Wright Brothers flight was a better idea, considering this First Flight happened only a hundred miles away at Kitty Hawk. So, that is what Von Saltza painted.

Just 85 miles away in the coastal town of Beaufort, artist Simka Simkhovitch painted Goose Decoys, Mail Boat to Cape Lookout and Sand Ponies in what was once the Post Office; it is now the town offices. These were painted in 1940 and depicted scenes that were happening every day around this small town and on the waterways. 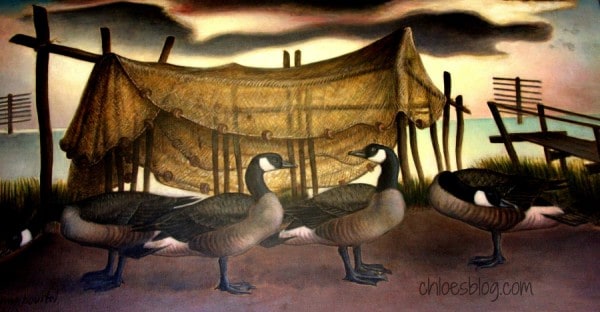 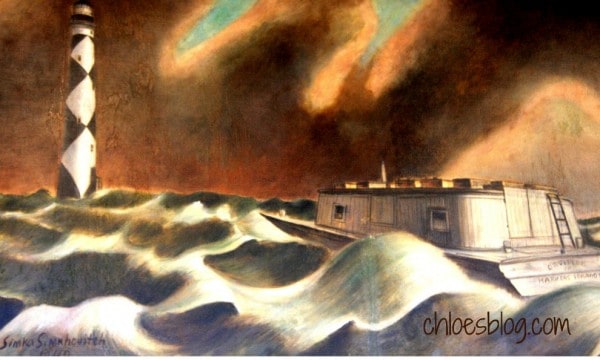 These works were commissioned under the Treasury Department’s Section of Fine Arts, often confused with the WPA. I am just happy that so many of them remain and are free for us to enjoy. If you are in one of these Post offices, be sure to look for these treasures.

There are almost 40 of these New Deal art works remaining in Post offices and Federal Buildings in North Carolina.  Most of them are paintings but there are a few relief carvings and sculptures.

Here in Williamston, Wilbur and Orville Wright have been holding their bicycle and staring at this plane on the west wall of the post office for as long as I can remember.

FOR MORE INFORMATION & to PLAN A VISIT